Learning to code isn't just for aspiring computer software engineers! Coding is great for every kid, even those who have inclinations towards the humanities. Every kid can benefit from being technologically savvy, but coding reinforces critical skills that extend far past the digital realm.

Here are five fields in the humanities and how coding can help your child get a leg up no matter what they pursue in life:

Philosophy is heavily rooted in logic. To persuade someone of your point, you must be able to convincingly reason through an argument and infallibly prove that your premises support your conclusion.

Symbolic logic helps philosophers do just this. Symbolic logic removes the subjectivity of language from arguments and assigns symbols to clauses. This closely parallels the way in which commands in coding languages shorten language to direct computers to execute functions.

Both this branch of philosophy and coding languages use logic like if/else statements, conjunctions and disjunctions, variables, and more. Kids who are exposed to thinking through code early on will have honed an important skill all philosophers need.

Close reading is paramount to the study of English. All branches of English closely examine texts, understanding why one word might have been used, decode symbols, interpret analogies, and consider figurative language.

When kids code, they are prone to mistakes, which teaches them to closely parse through their code, find the bugs, and get their projects working. Misplaced characters or extra letters can break code and cause errors. So when kids with experience coding are reading, they are that much more likely to catch onto the intricacies of a given text. Plus, when it comes to writing papers later in life they'll be pros at editing themselves.

Since history fundamentally requires reflecting on time, chronological thinking is an invaluable skill for a historian. A historian's value is in remembering the order of events, and you have to be able to understand the sequence things occurred in order to fully understand history.

When kids code, they have to think chronologically about what commands should come first. If you don't define the variable above where you call it, then the code breaks because it works through things in a certain order. When kids code they need to think about sequences and the order in which things happen, which will prime this sense for the historical field.

Kids pick up languages faster when they are young, and coding is no exception. Coding is just one type of language an aspiring linguist might learn, and learning to recognize patterns of language can only help kids learn other languages as well.

Coding requires kids to think in new ways in order to have a computer execute what they want. Designing apps, in combination with the critical thinking, also requires creativity and artistry. How else could kids come up with apps like these? If your child is an aspiring artist, coding apps might be the perfect way for them to use their creativity while also learning to code.

Even if your kids someday end up loving a field that lies outside of the STEM disciplines, learning to code can only benefit them. Kids who can code are not only digitally literate citizens, they also possess important skills that cover the furthest reaches of the humanities. 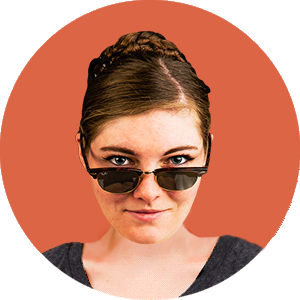 About the author: Hannah works customer support, is the proud recipient of an English degree, and is learning to code with Bitsbox.
Join thousands of grownups who get articles on teaching kids to love coding.